Today I’d like to introduce you to my fellow CIR author, Nix Whittaker. Nix is an English teacher who lives in the heart of the North Island of New Zealand. She lives with her cats and her dog in the shadow of an active volcano where she writes in her spare time.

Nix started as a reader to help improve her spelling as she is dyslexic but was hooked by the marvellous worlds of Mercedes Lackey and Terry Pratchett. As time passed and she read out the library, she was forced to write to feed her ferocious need to read. Now her books are influenced by Patricia Briggs and Anne Bishop as she is still very much a reader and so writes books she would like to read herself.

It’s awesome to have you here with us today, Nix. And I’m looking forward to introducing everyone to your books. But before I do that, I’m going to get you to answer three questions.

First, what inspired you to become an author, and how old were you at the time?

I have dyslexia. My teacher suggested that I read some books to help with my spelling. I don’t think she knew I was dyslexia. The reading didn’t help with my spelling but I was hooked and that first year I gulped down a good section of the library. When another teacher years later suggested I read more books to improve my spelling I realised then that my teachers didn’t know I was dyslexic because I was reading about a hundred books a year at that stage. When I ran out of books to read I started writing my own books. I still have my first book I wrote when I was nine. Written in an old diary and my own hand drawn cover. It was about a princess of the moon who could travel through portals to earth.

That’s so inspiring, Nix. I have other friends who have battled with dyslexia and it just goes to show what perseverance can do! Next question, what was the inspiration for your latest book?

My latest series is set on another planet with humans who are altered to survive and placed in rigid castes. Four: Warrior, Scribe, Rustic and Serenity. I got the idea for the story a long time ago. From the four winds I created a religion for a fantasy world. I’ve tried writing in this fantasy world a few times but it always falls flat so this time I thought I would shoot it into the future. I get to play with race and eugenics in a way that is interesting. Our preconceived ideas of what makes up our own culture and how it can be manipulated. I have the earthers arriving on the new planet and the altered humans reacting in fear. I’m living in an adopted country and it interesting to see how people perceive outsiders or people who don’t fit into a mould.

Sounds fascinating! So, last question, are you indie published, traditionally published, or hybrid? And what are your thoughts on the whole indie vs. traditional topic?

I’m Indie published. I started down that path because a friend published their own book and I caught the bug. Now with more experience I’m glad I went down this path. I do wish I had gone slower and got everything edited rather than rush but other than that I love it. I taught myself how to do all the aspects, still learning to be honest. It got me into creating book covers. I make more from selling book covers than I do selling my print books. Indie and Hybrid seems the way to go. With people finding their success first with Indie and then going into traditional. I think all these paths are great paths. The one thing I don’t like about our industry is the ones who take advantage of authors, the vanity press. To see people so keen to be published that they will spend their life savings and never really sell anything. It breaks my heart to see it.

I hear you, but the more information that is out there, the less often people will fall into the vanity press traps.

So, now, let’s find out  a bit more about your books, and where we can find them.

I have two series: The glyph warriors and the Wyvern Chronicles. 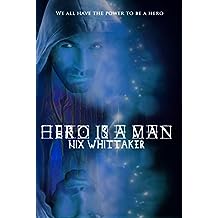 The Glyph Warrior’s series is about a genius who discovers some ancient language that allows her to hack the human body and give it super powers with tattoos. It is set in the future where everyone is living inside domed cities to keep safe from the extreme weather of climate change.

Wyvern Chronicles is a steampunk series. I came up with the idea of this series when I was thinking about the possibility of dragons. Dragons with four legs, a tail and wings just couldn’t evolve on Earth so that had me thinking of where they would come from. So I have shapeshifting universe hopping dragons.

My books are romance but everything is fade to black. I’d probably call my books PG 13 because there is innuendo and there are action scenes.

Great! Now, where can we find them?

You can check out my website — or my author page at Amazon.