Today I’d like to introduce my fellow CIR author, Dawn Cahill. Author Dawn V. Cahill writes “Stories of Victorious Faith for the 21st Century,” nearly always with a crossword puzzle, sudoku, or dark chocolate nearby. “The characters in my stories face situations that would have been unthinkable even 20 years ago. We live in a vastly different world than our parents did, and that’s the world I write about.”

Ms Cahill also blogs about single parenting, substance abuse, and puppies…sometimes all in the same day. She’s going to finish that novel she started at age 11 called Mitch and the Martians…someday. She has written several newspaper articles, five Christian contemporary novels, and more limericks than she can count.

You lead a very interesting life, Dawn, but before we learn about your books, I have 3 questions for you. First, where are your books set, and have you been there, or spent significant time there?

My books are set in places I’ve lived, and have a certain familiarity with. For instance, I lived for five years in a town north of Seattle in the late 80s to early 90s, just before the explosion of grunge, Microsoft, and Starbucks.

My Golden State Trilogy is set in Marin County, across the Golden Gate Bridge from San Francisco. I lived in the northeast Bay Area during part of my childhood, and I still think San Francisco is the most dramatically scenic city on the West Coast, and even in the US. I attempt to capture some of the stark beauty of the area in my books.

Well, you’ve certainly got my attention!  I was born in San Francisco, and while I love living in Australia, there’s a part of my heart that will always reside in the San Francisco Bay Area!  Next question, what inspired you to become an author, and how old were you at the time?

From the time my older sister taught me to read (I was five), the fantastical worlds that books created in my mind captured me. Even at such a young age, I wondered if I could write a book as compelling as the ones I was reading. So I started small, with short stories—some okay, some embarrassingly bad—, then in college took a year of journalism before switching to the more lucrative business major.

But before I could get serious about writing that first novel, I had to finish raising my kids. It wasn’t until 2015 that I uploaded my first book, the novelette When Lyric Met Limerick, to Amazon Kindle.

Ah, yes, you had a job (raising kids) and I had a job (in the corporate world) to do before writing took precedence, but now that we’re there, there is no stopping us!  Last question for you, if you could trade places with any one of your characters, who would it be and why?

I would be Meg, my protagonist in Golden State trilogy. She was a single mom (like myself) who found a wonderful, godly man that offered her a second chance at happy marriage (unlike myself.) Meg can paint and draw, two things I’m woefully bad at, but wish I could do. She has to endure some terrible trials, but her faith in the Lord shines bright through it all.

It’s fun to think we could be one of our characters … I’d like some aspects of many of mine, but we all have our own paths to follow, don’t we. Now, let’s hear about these books of yours. 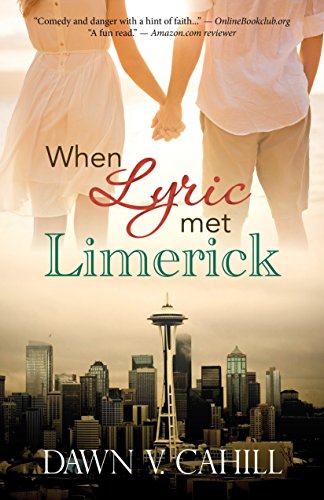 My Golden Gate Trilogy I like to call Hot Topic fiction. These books feature modern-day, controversial issues that didn’t exist 30 years ago, proving gritty and clean can co-exist in the same book. If you prefer your clean stories gritty, not pretty, these are for you.

You can find all of Dawn’s books on Amazon by clicking here.

Thanks for joining me today, Dawn. I look forward to checking out the series set in the San Francisco Bay Area!