C.L. Wells is a JANE-OF-ALL-TRADES, with a passion for writing and animals. She lives in Kansas with her family, which includes a fat doggie who is not named Toto and a cat who moonlights as an escape artist. Both are seniors. Feel free to ask her about the ‘escape artist.’ She plans to write about it someday. She would love hearing from you.

You’ll find her contact details at the end of the interview.

So, we’re going to hear a bit about C. L.’s books in a moment, but before we do that I’ve got three questions for her. First, what inspired you to become an author, and how old were you at the time?

I’ve always wanted to write a book but I didn’t even try until I was 38-ish. Krystal, my main character from my debut novel, is a real girl. I’m making her sound like Pinocchio, lol, but she struggled with this as a teen right under my nose and I had no idea until later. She became my muse and she still is. Now I’ll never stop writing.

I too got a late start, but haven’t looked back. Everyone has a different path … but there’s no reason to think you’re too old! Next, what three things would you say are the most important for an aspiring author to keep in mind as they being their writing journey?

The first thing I would say is, “You can do it.” Everyone’s journey looks different so don’t compare yourself to others. Write what you know until you’re ready to put the work in researching. Lastly, take the time to produce a quality product. That means different things for each writer. Your book should look just as good as any traditionally published book. It doesn’t mean you need to sell off your children to do so, but find the right support to put out a book that’ll make you proud of yourself. There is this saying among authors that claim the first publications are trash. Mine isn’t and yours doesn’t have to be. Don’t give yourself that excuse.

Very true–believe in yourself, and make your product the best that you can. Sound advice, for sure.  Now, one last question. Other than stomping your foot and having a hissy fit, what else do you do when you get a review that isn’t so good?

No hissy fits here. Not yet anyway. When I started publishing in the Christian Fiction genre, it didn’t take long to see how critical the readership could be in that category. My main character in of my short stories titled, That’s How She Rolls, gets invited to a strip club and that caused a bit of a stir. She totally declines the invitation so there were no body part scenes, but I got feedback from readers about how that scene didn’t belong in a CF book. They’re entitled to their opinion. I want my characters to live in the real world and handle whatever comes their way the best they can.

That’s great, C. L., I too like my characters to live in the real world. Well, except for the one with the vampires, but that’s a subject for a very different conversation. So, now, let’s hear about your books. 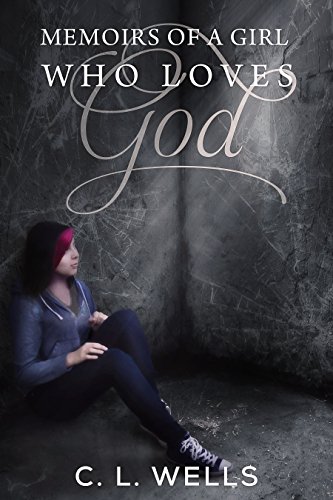 So far, everything I’ve published is Christian Fiction but I do have other works in progress that will not be Christian Fiction. I’ve been a big genre-hopper. I have a Romantic Suspense, a Rom Com, Contemporary Women’s Fiction, and a short that borders the MG/YA line. Before I’m done I’ll likely have at least one book in most genres. My debut novel, Memoirs of a Girl Who Loves God, is a Young Adult story about a teen with a self-harm addiction. While it isn’t my bestseller, it’s my most meaningful book. While I wrote it thinking of teenagers going through the same thing my character, Krystal, is struggling with, I’ve found that mom’s and grandma’s are my most common reader. I’ve received numerous notes explaining how Krystal’s story helped them to understand the teen in their life. I’ve also received emails from teens saying the book could have easily been about them. It’s still a hard sell. Issue driven fiction usually doesn’t win over a lighter, fluffy story. But that’s okay, it’ll reach who it’s meant to
reach and the unintended sequel will be out in a few months.

C. L. has a number of books out, and you can find them all on Amazon here.

You can also visit her at her website, by clicking here.